Why Is There a Jeep Wrangler Hanging from a Building in Times Square?

If you have been watching the news or perhaps you’ve even visited New York City recently you may have noticed a little snow on one corner but none on the next. This as well as a Jeep Wrangler being suspended from a building. You are probably expecting to read about some protest being held where they suspend a Jeep Wrangler until something is changed. However, that is not the case, the source of the snow as well as the suspended jeep happens to be apart of an advertising campaign held for the new “Rise of the Tom Raider” coming out for PS4.

please excuse the low quality of the image below. 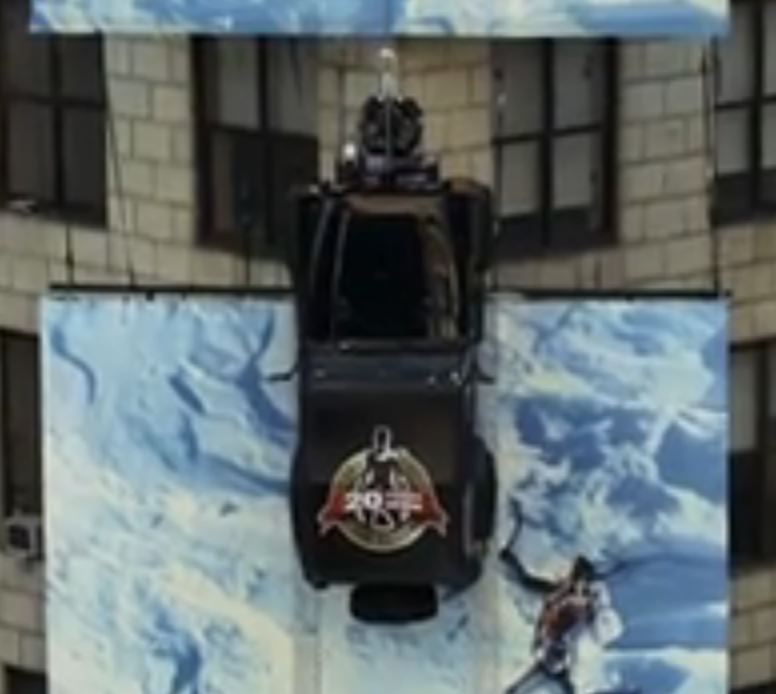 You may be asking yourself, why in the world would a company suspend a 2,000 lbs vehicle above moving traffic in such a populated city? Well, it is simple, for a video game of course! The newest addition to the Tomb Raider series will be here on October 11th. The best part about the suspended Jeep is that once the game launches on of it’s lucky players will actually get to take the Jeep home! The best part is that this isn’t a prank. The cables and billboard have been approved by the FDNY as well as other city officials. The billboard and Jeep will only be up during October so be sure to enter for your chance to win!

0 comment(s) so far on Why Is There a Jeep Wrangler Hanging from a Building in Times Square?