CALL US FIND US

The Viper Is Fast, but Not Fast Enough to Escape It’s Inevitable Fate.

Are we surprised? The answer is no, and has been for a while. Even with all of the broken records from this year’s ACR model, the Dodge Viper just is not a feasible vehicle. If you have over a hundred grand to blow then one of the new five 2017 Dodge Viper Special Editions may be perfect for you. The 2017 Dodge Viper will be the final model year the car is produced.

After a pretty solid 25-year run the, track king, Dodge Viper is coming to an end. Rather than explaining the entire press release we have included it below along with a video summary from our friends at The Fast Lane Car. Check them out and let us know which Viper Special edition you like best!

Since it is the final year the Viper will be produced, Dodge has surprised us with not one or two special editions but five individual special editions! Like you would imagine in true Dodge style each is heavily equipped with both visual and performance increasing modifications. In other words the 2017 Dodge Viper is looking amazing! The five special editions offered for the 2017 model year will be:

Now this doesn’t even begin to cover the “1 for 1” program Dodge is offering to allow you to create a one of a kind Dodge Viper. There will never be another Viper like it. If you are interested in rare vehicles this may be another option for you to explore.

Now you are probably asking what is next for the Viper and Dodge? We do not have an answer for you. However, what we can say is that Dodge has had plans to revive older performance vehicles. The future is bright for Dodge and perhaps we may see the revival of the Viper one day. For now we will all have to settle with these final versions of the Dodge Viper and we couldn’t be more satisfied.

The guys from The Fast Lane Car have a video dedicated to the final year of the Dodge Viper, check it out!

0 comment(s) so far on The Viper Is Fast, but Not Fast Enough to Escape It’s Inevitable Fate. 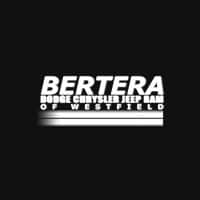